Farewell to Lisa and Alice our Mangalitsa Pigs

We’re saying goodbye to two of our residents this week as Lisa and Alice, our Mangalitsa pigs, are moving home. They’re off to a rare breed farm in Norfolk where they’ll help to ensure the survival of their line.

When the Bay Trust were looking to start transforming 3 acres of steeply sloping brambles and sycamores into a biodiverse open canopy woodland the horticultural team looked to do so in the most natural way possible, avoiding the use of heavy machinery, be bringing pigs onto the land and so three years ago Flora and Lisa arrived on “Steps Bank.”

The Mangalitsa is a hardy breed that originates from Central and Eastern Europe. It was almost extinct in the 1990s, when there was a worldwide population of less than 150 sows. One of the reasons they’d become so rare was that they are much slower to mature to meat than other breeds.

Sean Giles, our Food Growing Manager, has been looking after them. “The sows are very placid and friendly and I’ll miss their funny ways,” he says. “They’ve done a great job of clearing the land. They’re the next best thing to using wild boar.”

The sows evidently have a very healthy appetite. “One day we got a call to say that the pigs had escaped and were in the tea room, looking for food. Michelle, the cook and I, had to entice them back to their enclosure with cakes but it took a whole trayful to get them there!”

As well as visiting the tea room, clearing woodland, wallowing in mud, and enjoying having their ears rubbed, the sows have been educating local schoolchildren. Pupils have been learning to inspect the animals to ensure that they are healthy, as part of their GCSE studies. Mangalitza pigs have woolly coats, which helps to protect them from sunburn.  “We’ve joked with the children sometimes that these are actually half-pig, half-sheep!” says Sean.

Their new owner is William Scott, from Frogs Abbey Farm in Welney, Norfolk. He’s the former Mangalitza Breed Representative for the British Pig Association. “I trawled through all the records of the Association to find the purest Red boars and sows,” William says. “The Bay Trust sows are close to the best in the country.”

Lisa and Alice are moving to his farm where they’ll be bred with the Red boar that is genetically the furthest away from them. “They’ve been cross-bred once in their great-grandparents’ lineage so by putting them across a Red boar, in three to four generations the piglets will be almost pure bred.”

Sows can produce three litters in two years, but William will be taking things more slowly, and hopes that both Lisa and Alice will have three litters each over the next two and a half years.

“We plan to keep one boar and two sows from the litters, and breed those with the genetically next-best Red boar. We want to build up to eight or nine sows, and four or five boars. Then we can use the piglets for a mixture of produce and breeding.”

It’s thanks to the work of dedicated breeders such as William that the future of the Mangalitsa is being secured. “We’re working with farmers in Germany, Austria and Hungary to bring more Red pigs back to the UK,” he says. “Ultimately we will get to the point where we don’t need to bring any more in.” 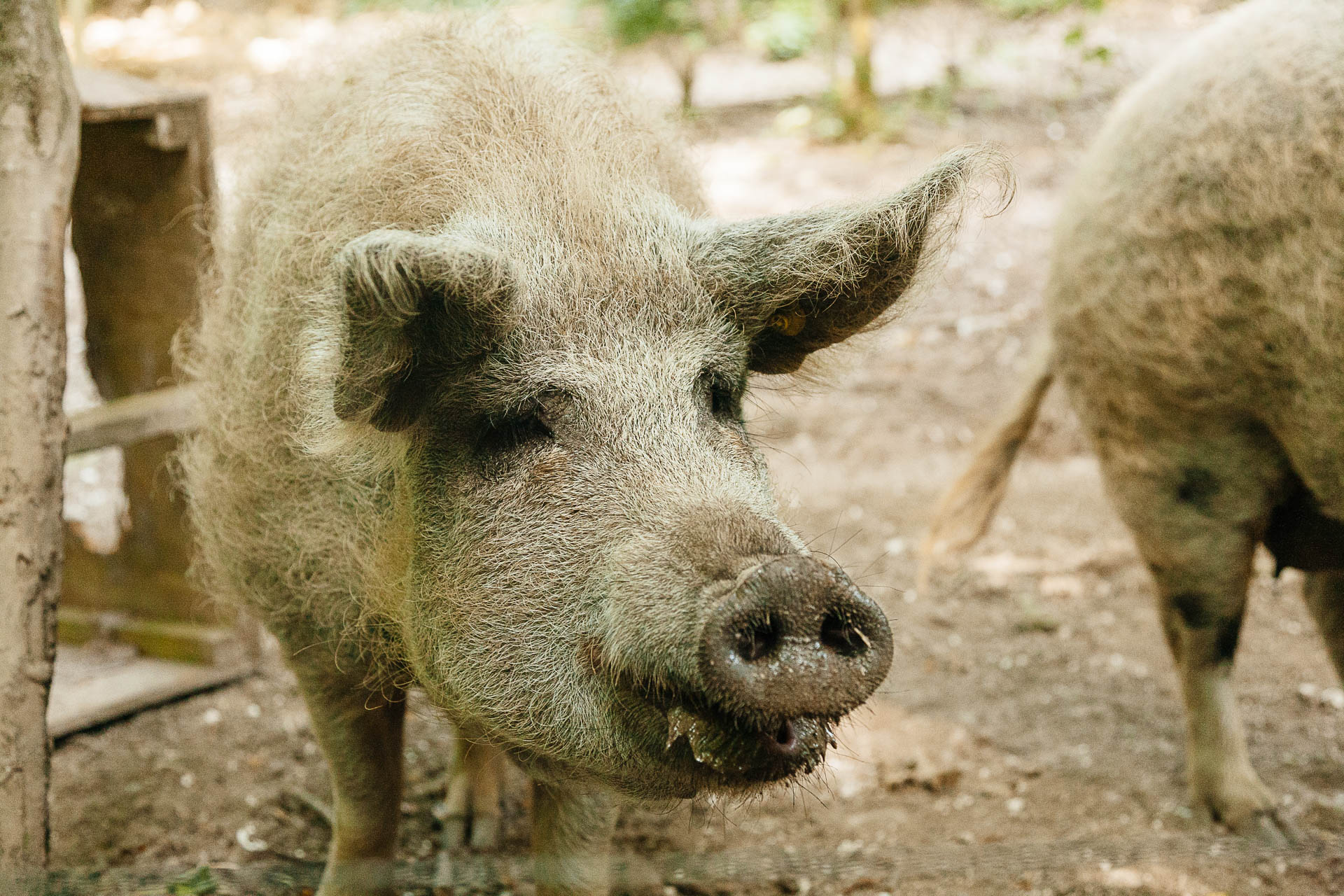