Volunteering at The Pines Garden

Volunteering brings many benefits, such as better health, learning something new, improving your existing skills and making friends. The Bay Trust has a team of volunteers who help out in a variety of ways.  Anita Sedgewick spoke to some of them about why they chose to get involved. 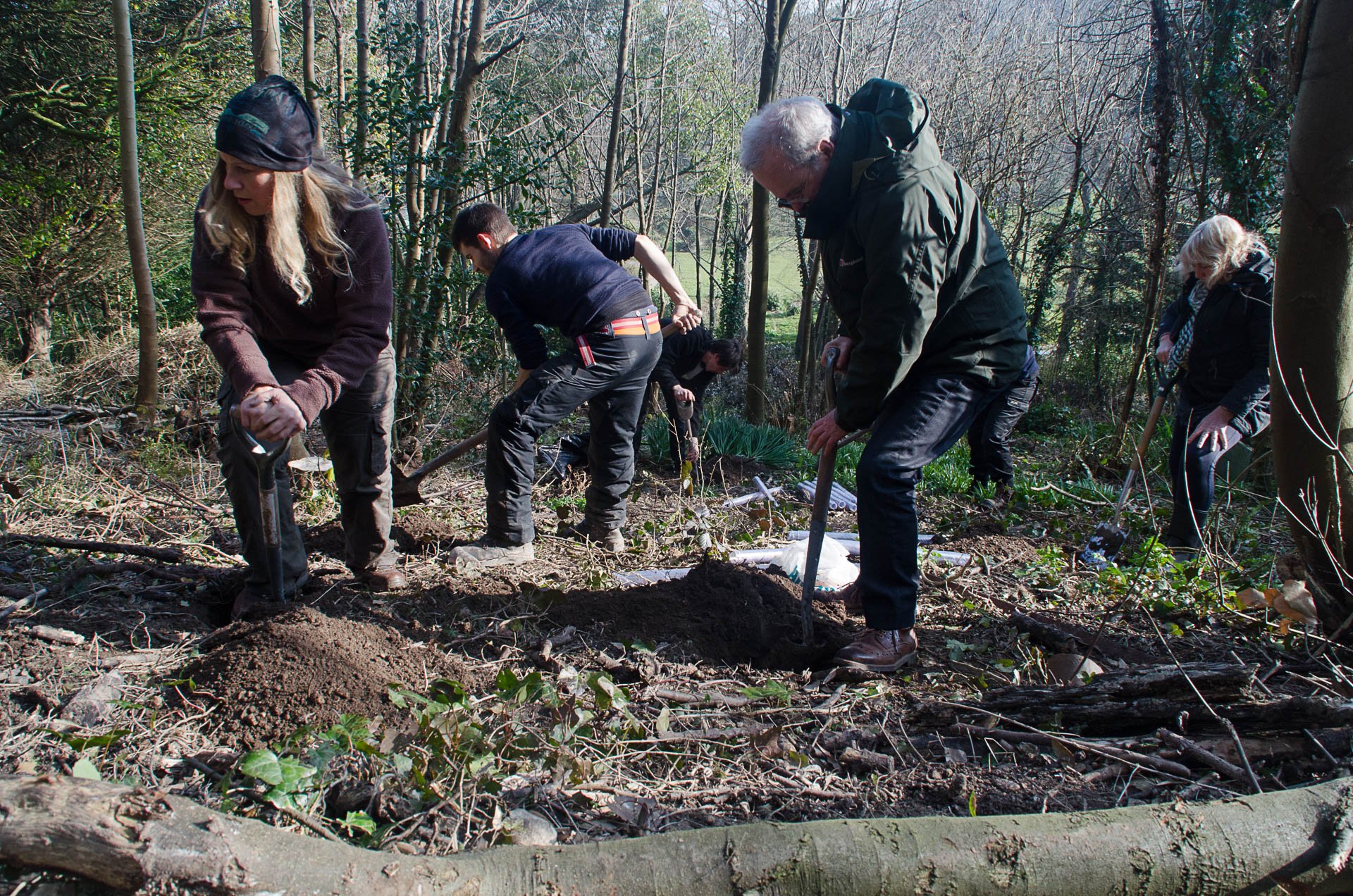 “I hated gardening when I started but now I love it!” Chris says. He first came to the Bay Trust in early 2016 on a Seetec placement. This scheme offers work experience to jobseekers so they can learn new skills and increase their chances of finding work. Chris spent four days a week at the Bay Trust, planting, digging and weeding in the garden, as well as helping out in the woodland and making a fence to increase the size of the pig’s grazing area. 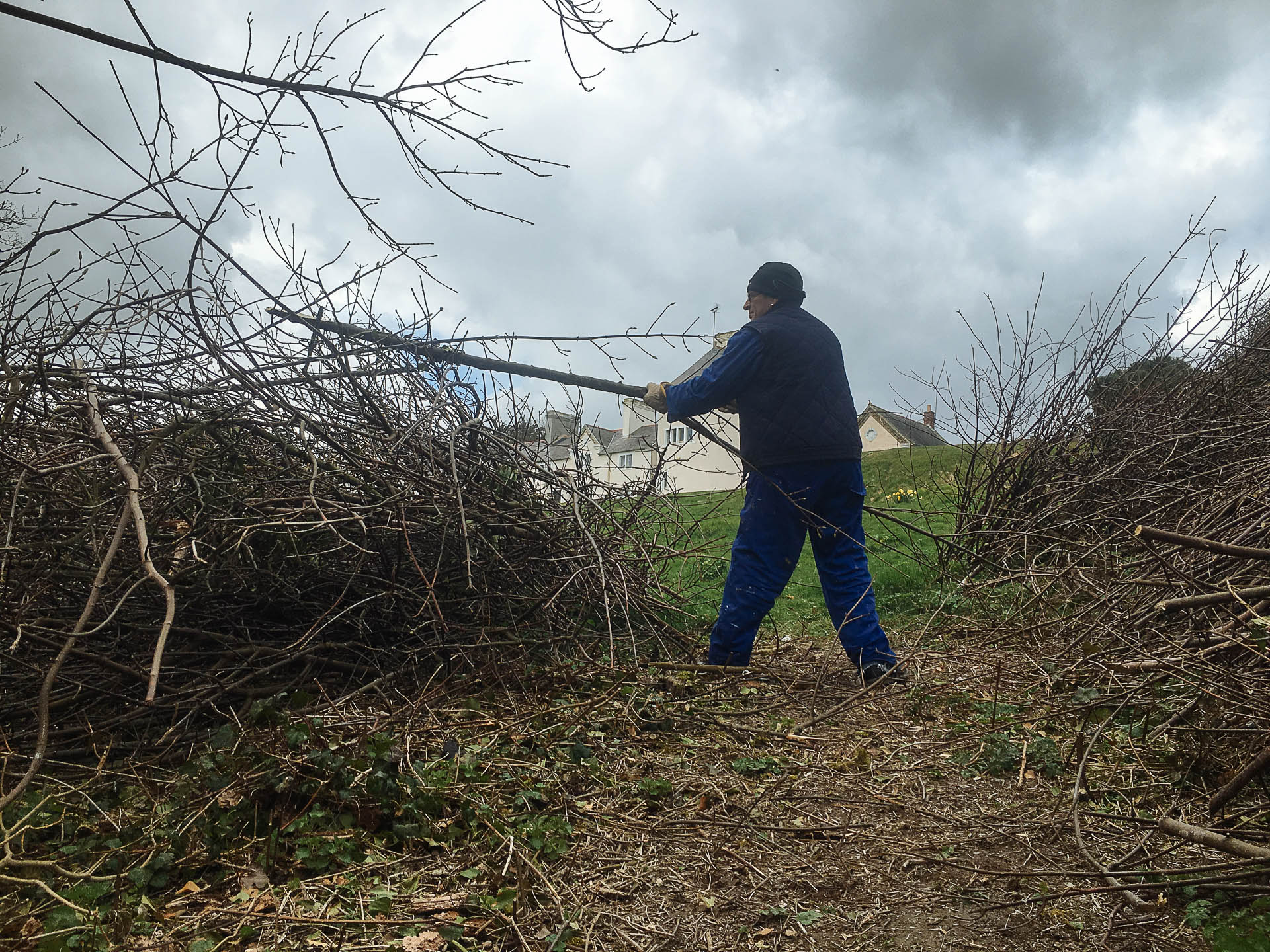 When his placement ended, Chris decided to stay on as a volunteer. He lives in Ash and says, coming from a small village, he wanted a chance to meet new people. Getting to know the other volunteers has been the best part for him, but he also finds the experience calm and relaxing. “You come here and hear all the birds singing, it’s so peaceful,” he says, “it makes you feel relaxed and chilled out.” One of the volunteers he’s been working with is Marirosa, who agrees that it’s a great way to get to know people. She says the very nature of what they are doing helps the volunteers open up to each other in a way that they wouldn’t do if they were stuck in front of a computer. “Being outdoors and working together makes you connect with each other, actually on quite a deeper level. You’re doing a physical job that you can’t rush, so you have to talk to each other – and you find you’ve got more in common than you’d expect.” 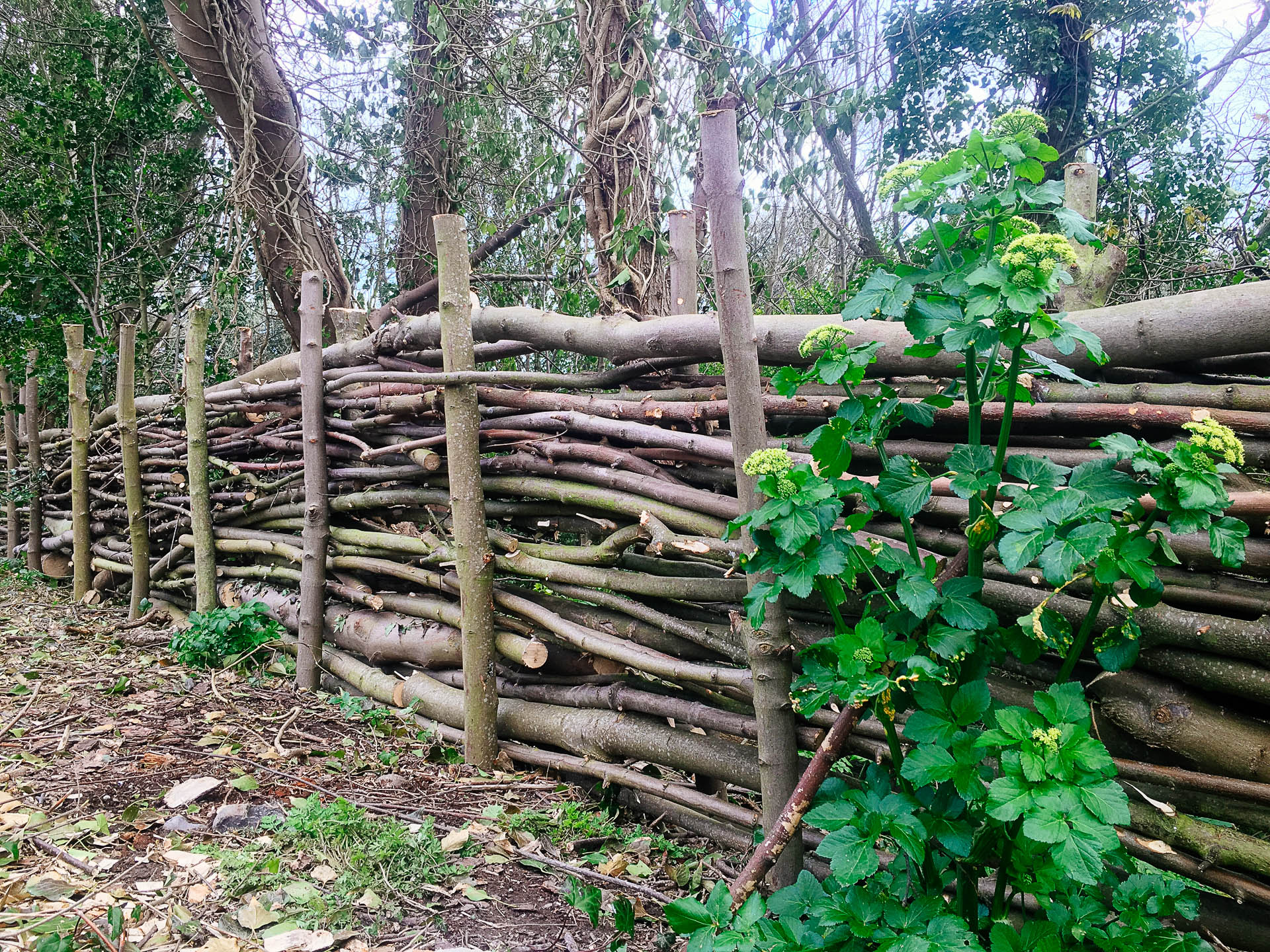 Marirosa also values feeling healthier. “Walking up that slope makes you feel toned up!” she grins.” Spending hours outdoors gives you more energy, it’s an absolute buzz and you feel more positive.” She’s been helping to create a dead hedge and is making pathways, using logs to line the edges and making pegs to hold the logs in place. “The transformation is unbelievable. You couldn’t walk through that area of woodland before,” she says. Now, the paths are clearly outlined and the hedge is forming a solid barrier, with holes left at the bottom to allow badgers to use their regular tracks. None of the materials are brought in from outside. “We use everything that’s already here, we use what’s coppiced. The long trunks line the pathways and the small ones are used in the dead hedge.” 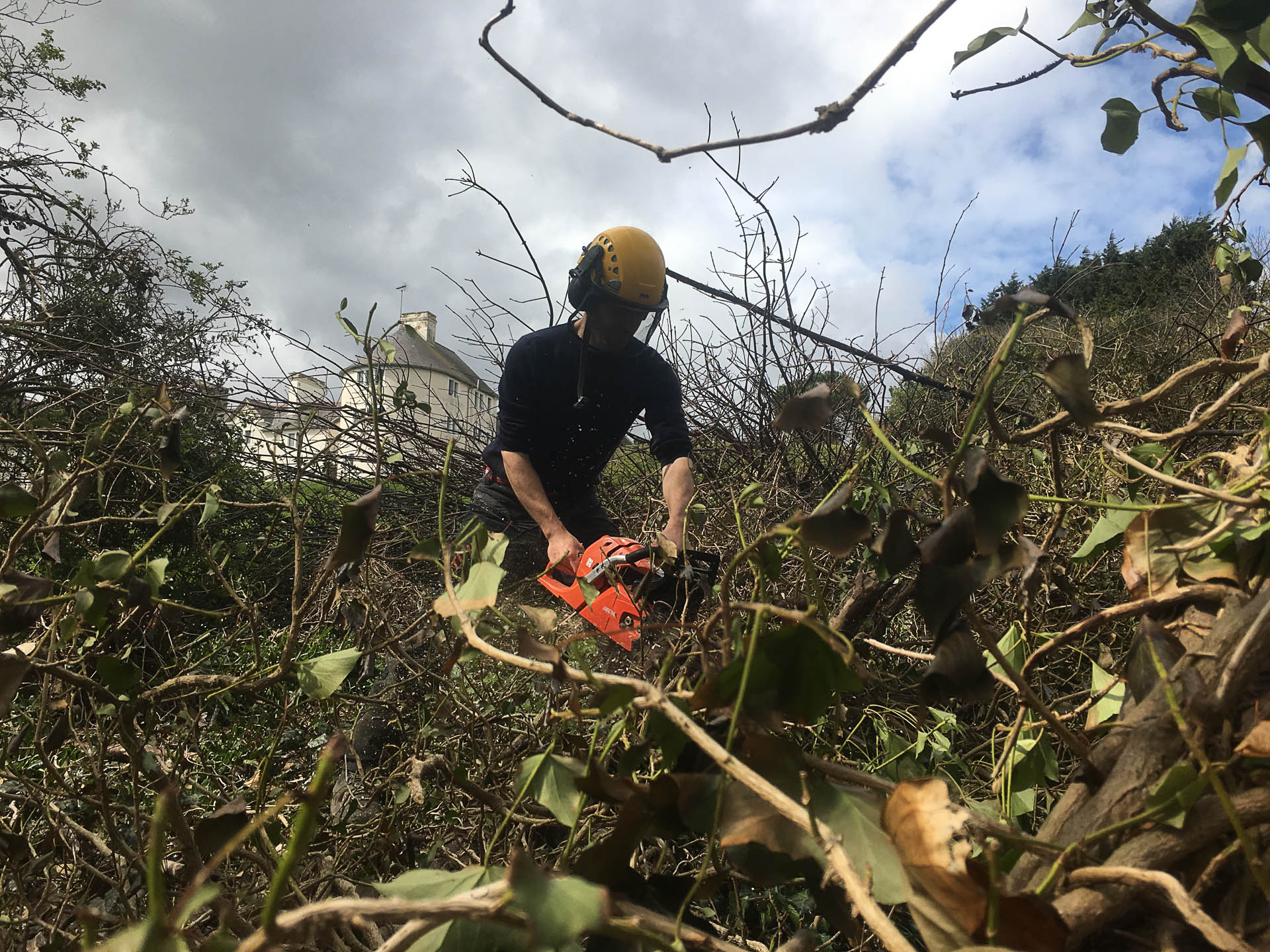 The sustainability practised at the Bay Trust was one of the reasons that Hayley, from Deal, got involved. She says all the volunteers are united in a sense of purpose. “We’re all committed to recycling, and environmental awareness.” Hayley helps out in the gatehouse every other Sunday, where she gives people information about the garden and looks after donations. She’s also finding that volunteering enhances her professional knowledge. She had been self-employed for a number of years. “I did an NVQ in interior design and one of the modules was about the cell structure of timber. Here, there is so much to learn about tree structures, and diseases, and so on.” 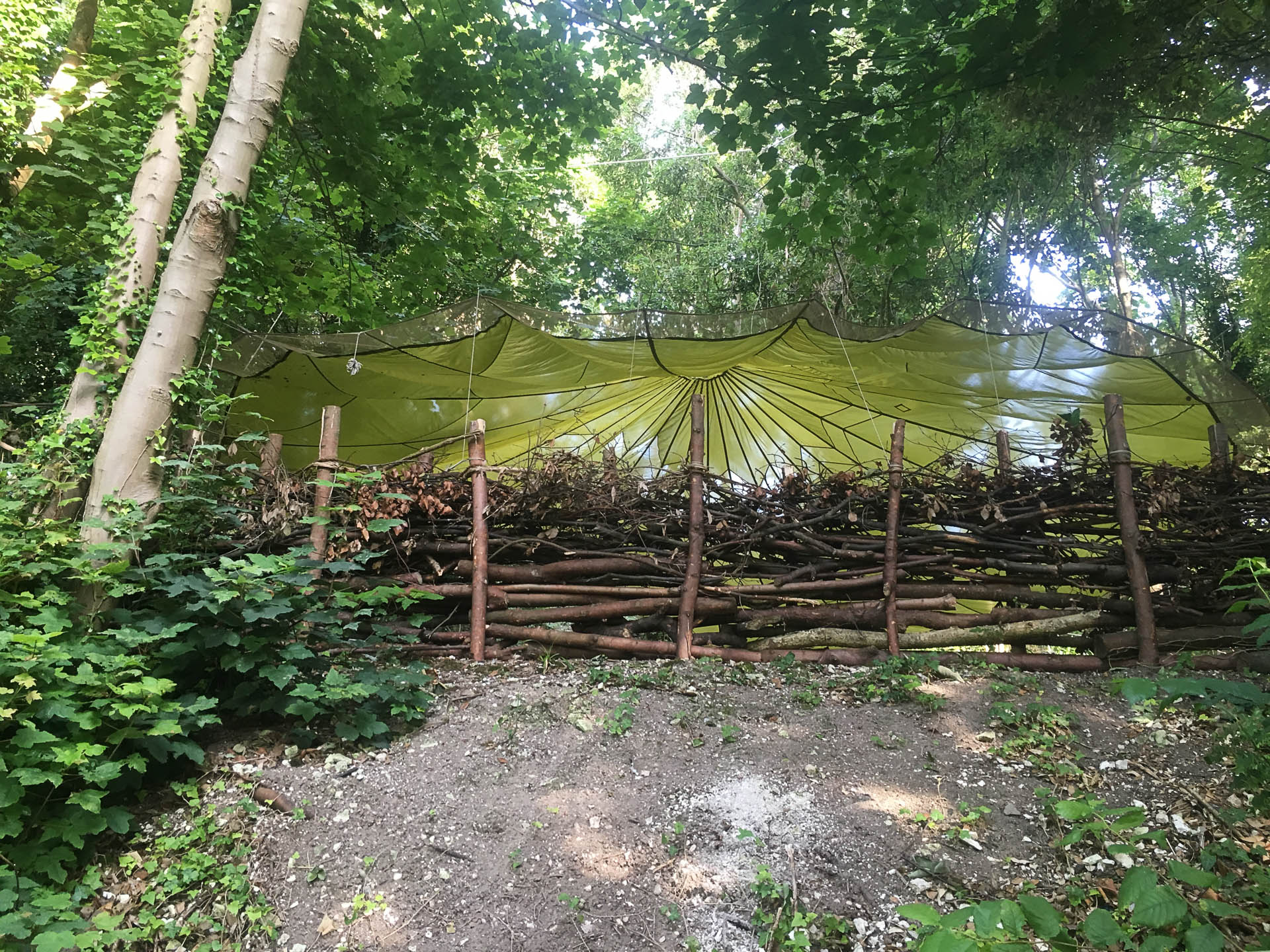 For those who aren’t so keen on working outdoors, there are also opportunities in the office. James from Dover has been volunteering with the Bay Trust since July 2015. He helps to provide admin support, filing, updating computer records and helping to manage the cash donations. He comes in once a week. “What is there not to enjoy?” he says. “The staff are always on hand to help if you have any questions. There’s a positive feeling here, you’re definitely among friends.” And, he adds, “if you volunteer for more than four hours you get a free lunch and it’s very good food!”

Are you interested in volunteering at the Bay Trust?

There are lots of ways you can get involved, from helping in the garden, to maintaining buildings and offering admin support. Travel expenses are paid and if you volunteer for more than four hours, you can enjoy a free lunch from the Pines Garden Tea Room. Find out more about volunteering. 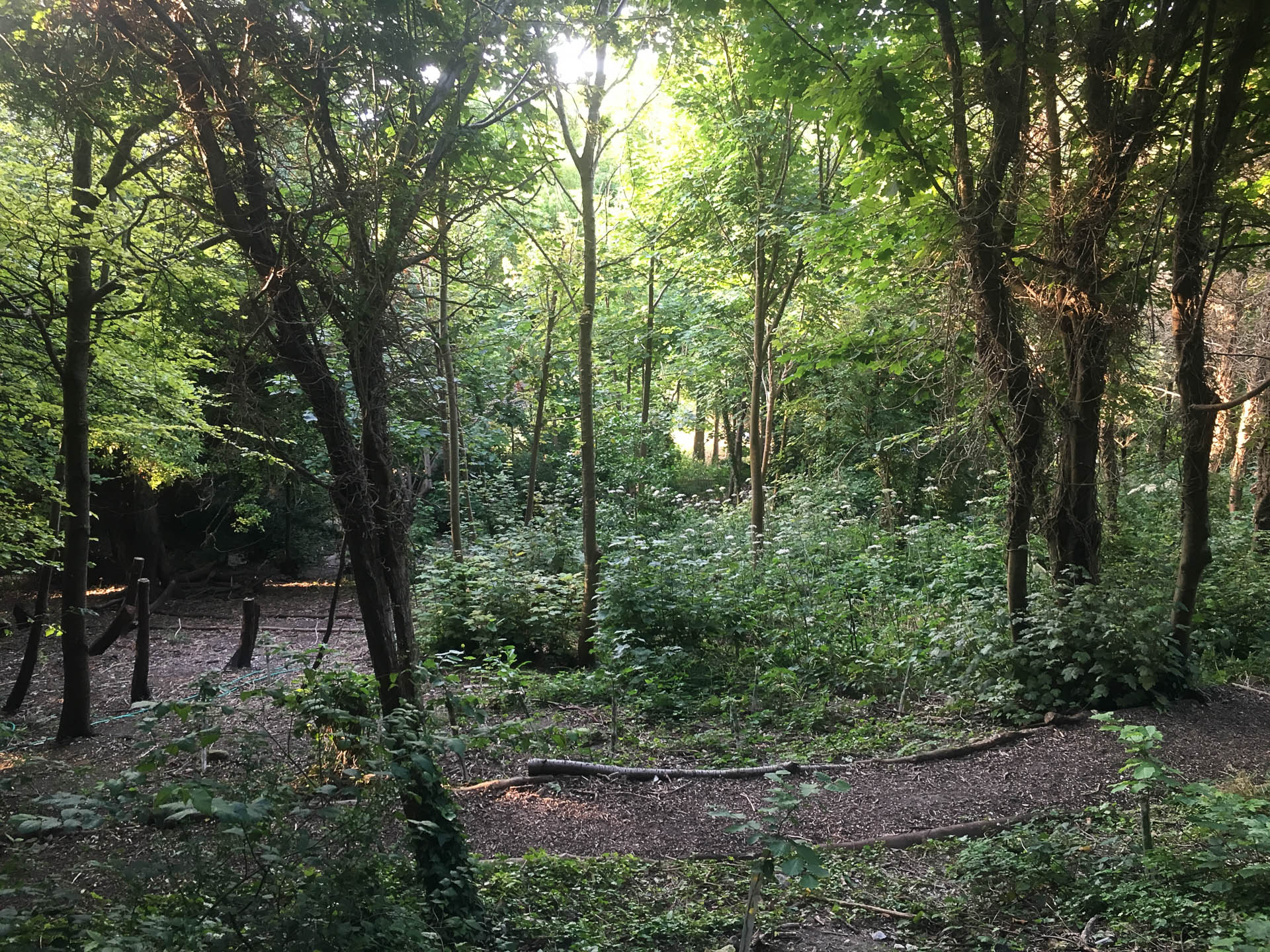